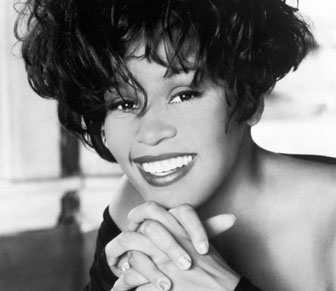 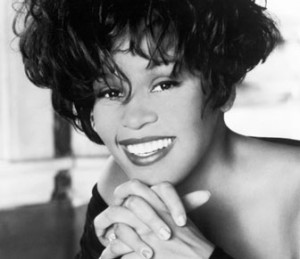 I am processing Whitney’s death. I will for a while.
I ‘m trying to figure out why this hurts so. It hurts me universally. Why? She is certainly not the first musical icon we have lost. There are so many things lost in Whitney’s passing. Some have lost a friend, a brilliant musical mentor up close or at a distance. Some have lost a living link to the soundtrack to parts of their lives. For us all, we have lost a voice that has shaped the sound of black music in a way that world audiences embraced and appreciated warmly and completely. To me, we have lost another example of a total package of musical and creative prowess that could and should have been an example of what’s right about growing up wanting to sing and perform before the universal audience.

In my life, I have been deeply saddened at the death of 4 other artists for different reasons.
1. Minnie Ripperton. I was a child. Her voice was angelic. “Back Down Memory Lane” was like an omen of sorts. She was ill and she left us. I was sad. I wasn’t sure why, but I was.
2. Phyllis Hyman. One of my forever favorites. I just loved her voice. She respected music and beautifully crafted singing it. She just wanted the world to hear it. I always wanted her to see and know how much her fans loved her and appreciated her. She was so sad and chose to leave. I was crushed.
3. Aaliyah. Too young. Too sweet. She was just getting her career together good and maturing well. Just why…
4. Michael Jackson. I just felt the world never should be without a true, fearless creative genius. When he was gone I felt (feel) we wouldn’t see another perhaps in our lifetime.

Now, dear Whitney… This is heartbreaking. If nothing else, I just didn’t think she’d go so soon.
Like Michael, I feel the world needs her voice. She had the mastery of singing and selling a song to the global audience down to a science.

Personally, I’m recalling freshman year. Hampton U. Virginia Cleveland Hall, F corridor. I’m playing my stereo. “Saving All My Love For You” comes on. The girls from Jersey all know somebody that knows her. Instant kinship with Whitney! Each new video that comes on we look for somebody we “know”. She sang, she won awards, in time, we knew she was our “homegirl” and we cheered her on.

On the radio, the number 1’s keep playing. Is she pop? Is she R&B? All began to agree she can “sang”!
She was a beautiful young woman that knew soul first hand. She embodied it. Her lineage was a solid, proven reference point of what singing is. We heard her sing simple clean melodies with simple clean production. If a singer knows what to do with that kind of musical space then they know how to make the magic happen. Whitney did that. She knew exactly what she was doing. She knew when and how to bend a note, put a little “tail” on the end of a phrase, growl, purr, and hit those “licks” and use those “runs” that did complex and colorful dances like many of the best gospel singers on any given Sunday morning! She thoughtfully crafted songs from the first breath to the last. She was the consummate song stylist. That was proven again and again with each song no matter the genre. Who can forget how she “ripped” “The Star Spangled Banner“ effortlessly, in front of millions of emotionally full fans at the 1991 Superbowl, with full orchestra and all of the bells and whistles, placing every note perfectly with the right intensity and expression… And, it became a radio hit! I bought it too! ‘Twas a masterpiece!

It was waking up to that on the radio one morning recently that made me want to write this.
My point is, I’m saddened that the young girls (and boys) don’t hear this kind of voice and voices like the other singers I noted earlier on the radio anymore.
Whitney was universal. What she did was always seen and heard. She was an artist committed to quality and she knew how to work her instrument as well as mold the emotions of the listener by styling what she sang appropriately AND make it a hit! It’s a science! Ask any real singer.

As we still celebrate the proven masters of voice like Patti, Chaka, and Gladys, the next rung of Mary’s and Jill’s and finally a few good young lionesses like Beyonce, Fantasia and Jennifer Hudson we still constantly need to regularly experience the mastery of singing and performance. We should not miss any degree of showmanship, professionalism and songwriting skill.

Why is there less value for great voices and performers? The blame can be placed on a lot of laps:
-The shift of what’s attractive and acceptable to the popular culture.
-The lack of arts and humanities curricula in public schools.
-Capitalism.
-A changing less “hands on” music industry
-The lack of viable employment and proper education.
-The lack of commitment to artistry.
Lastly, why do we have to lose one to recognize these things.

I challenged people to dig deep to find their creative genius when Michael Jackson died. I now ask singers to truly commit to their craft of singing. Find their own vocal genius. Reference more, copy & mimic less and innovate. Be true and sing loud, heavenward. Let our angels that preceded us know somehow their life and love of serenading us was not done in vain. Keep true to their spirit of musical craftsmanship. The world will fully appreciate your gift, timelessly.